The Slovak landscape is noted primarily for its mountainous nature, with the Carpathian Mountains exending across most of the northern half of the country. Among these mountain ranges are the high peaks of the Fatra- Tatra . Forests cover 41% of Slovak land surface. 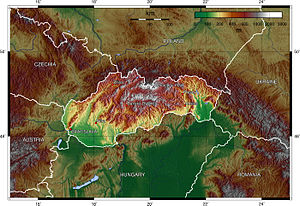 To the north, close to the Polish border, are the High Tatras which are a popular hiking and skiing destination and home to many scenic lakes and valleys as well as the highest point in Slovakia at 2,655 metres (8,711 ft).

Type of hunting: stalking with rifle

Hunting area: 60.000 ha. Mouflon hunting is one of the most difficult hunts in Slovakia, asthe excellent eyes of mouflons can make it difficult for hunters to get close to them, but even so, our success rate in hunting is almost 100%. Mouflon hunting begins in the morning and hunt continue especially during the day, when the rams are heated on the rocks and the hunt takes place in a walk & stalk style. Most rams can be seen during the mating season (end of October – November) but also perfect time for mouflon hunting is January and February. Then RAMS
have most beautiful skin – most suitable for cape preparation. It is also possible to hunt rams from highseats, especiallyin the morning and afternoon, when they go to graze on grasslands – this option is especially suitable for hunters with low physical condition. We hunt RAMS at about 20,000 Ha in hilly hunting places where the mouflon population is very strong.

Program: Upon arrival at the airport (BUDAPEST, BRATISLAVA or VIENNA) we will pick you up and then move to accommodation, which is located directly in the hunting place or near it. The most suitable alternative is the airport in BUDAPEST or WIEN (approx. 1.5 hours
from both). If hunters arrive at the accommodation early, it is possible to start hunting on the first day of arrival. After it is planned 3 full hunting days, during which we hunting from
morning to midday and in the afternoon until dark. On the last day, the hunters leave the accommodation according to the time of the scheduled departure from airport, when our car take them back to the airport. If some of the hunters are interested in hunting on the last day in the morning, they are allowed to do.

The following is not included in the price: 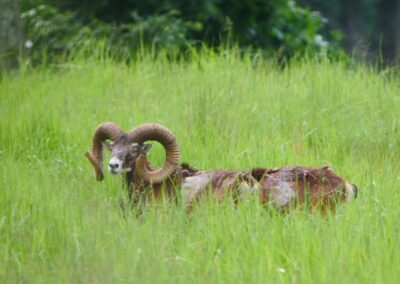 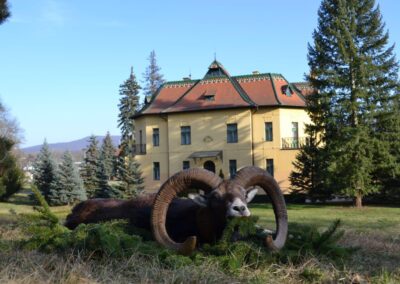 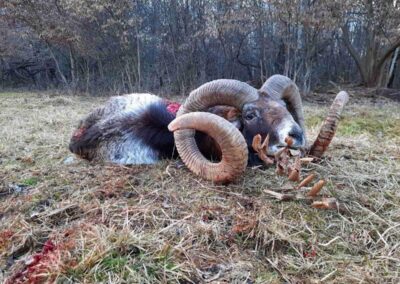 Hunt with us in Slovakia!

We’ll take you to Slovakia for an unforgattable

Ask for more details and prices. 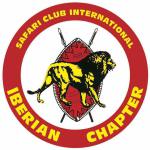 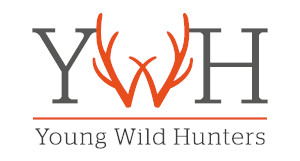